Leslie Lawrence works between Psychoanalysis, Anarchism, and Marxist theory to enter into collaborative models of production for art with a focus on ambitious communal film projects that incorporate shared practices.

I am making a new website during the Coronavirus lockdown but keep this page synchoronised to the design so that I can check it is putting correctly and works in different browsers. Information will appear here slowly but for now please visit some off-site videos or consult my publisher for books: 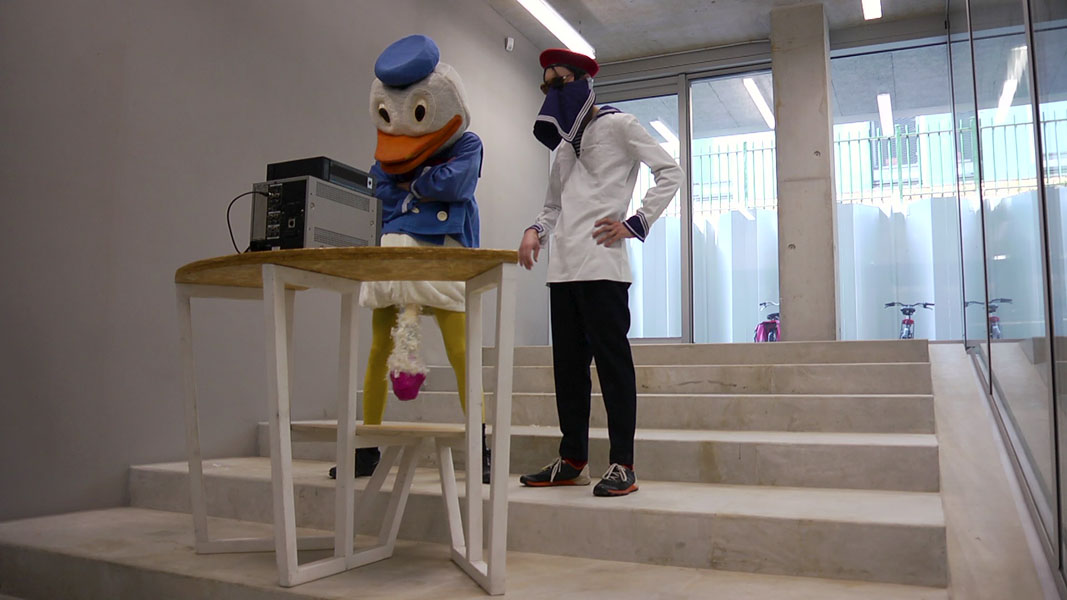 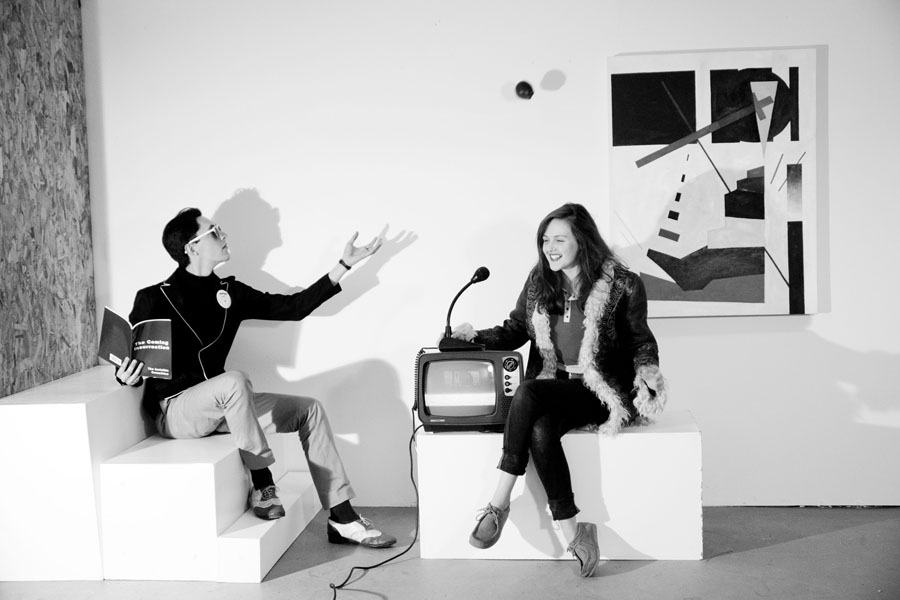 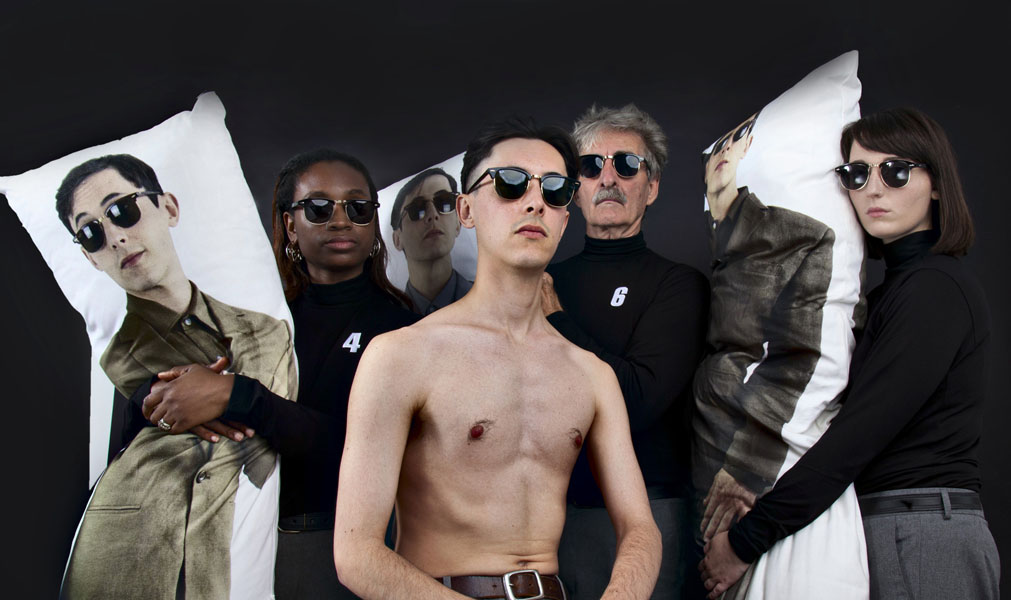 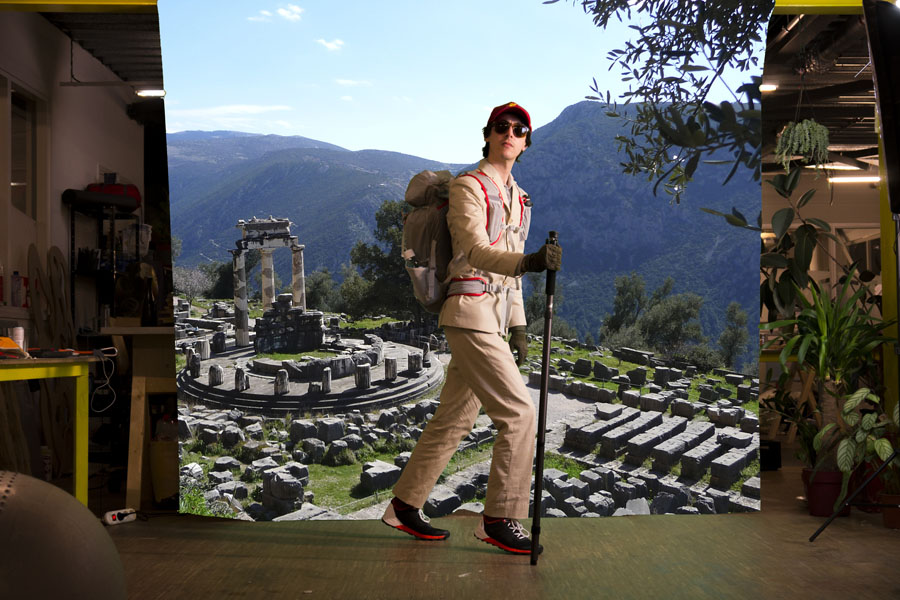 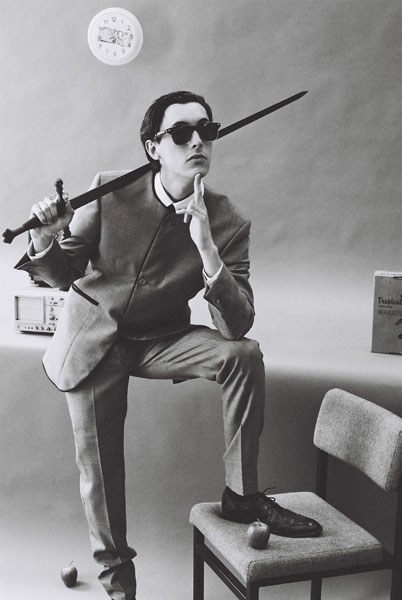 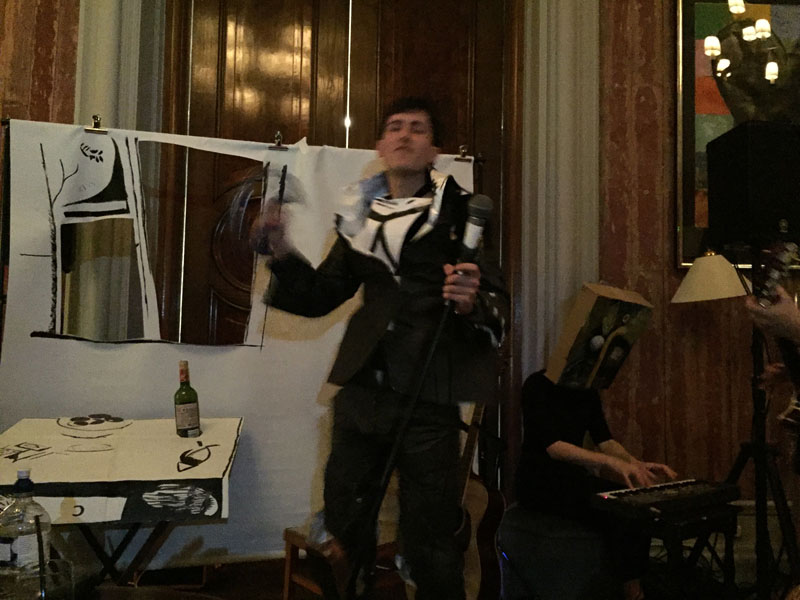 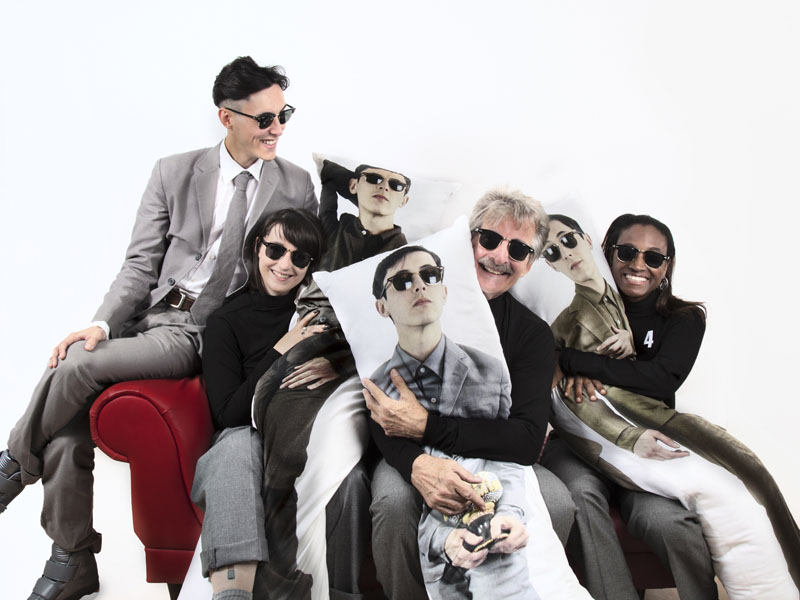 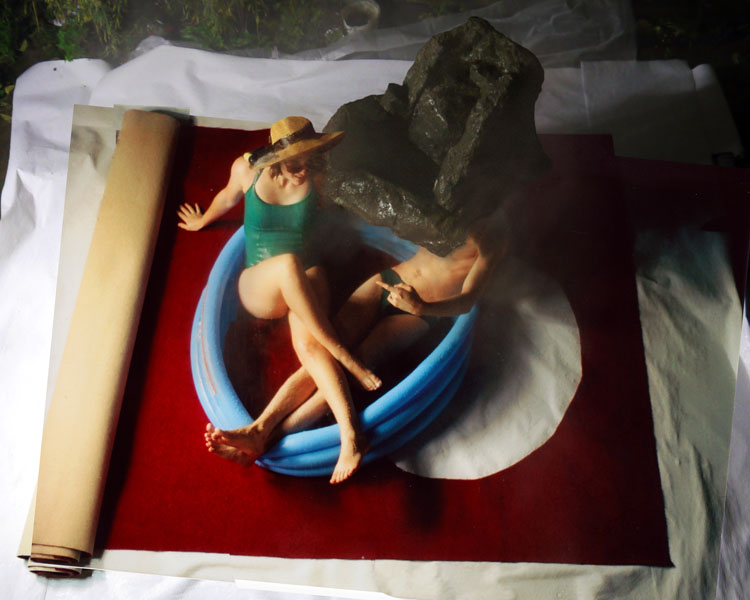 ☰ The Assassination of Alice B. Toklas by the Coward Gertrude Stein -- Exhibition One -- Continental Operations, Rich Mix & Somewhere to ☷ London, England -- 2012

☰ Quality Products Presents: Quality Products the End -- "It’s not about being wanted or ‘Should I have bothered getting out of bed’ -- Contemporary Art Centre Vilnius ☷ Vilnius Lithuania, -- 2017 ☲ with Marina Stavrou


☰ DJ House DJ except he doesn’t play house music and all of the songs are about houses -- Bunker Warming! -- Vondelbunker ☷ Amsterdam, Netherlands -- 2019

☰ On A Drawing by Kurt Schwitters on a Drawing by Marc Chagall -- It Used to be Talent -- TURF Projects & Watts Talent ☷ London, England -- 2015 ☲ with Warren Andrews


☰ How to Explain Winnicott to a Dead Artist -- University of the Arts London Philosophy Society -- London College of Communication ☷ London, England -- 2016

☰ How to Explain Winnicott to a Dead Artist -- Self Published ☷ London, England -- 2014 ☲ Held by: The Exchange of Dalston, London


☰ Your Collective Needs Rules -- in The Best Place at a Party is in the Kitchen: Recipes for Collectivty -- PACTO ☷ Point Arena, California, United States -- 2019 ☲ with PACTO

☰ The fundamentals of group decision making
both nude and otherwise -- in How Do Groups Learn? -- PACTO ☷ London, England -- 2018 ☲ with PACTO


The Deep Rodding Trio was comprised of Leslie Lawrence, Niamh Proctor, and Oliver Sanders. Based partially around Pierre Schaeffer's original texts on Musique Concrete, we worked to physically manipulate 7-inch vinyl records to change the quality and playback of the vinyl; this included the application of paint, glue, tape, and other material to the surface of the discs.

The resulting album was built from long sessions where each artist would introduce these altered records to their individual record players to build layers of over-lapping sound. The final selection of tracks were presented with accompanying black and white 8mm film developed with an equivalent physical process, working by hand and introducing interruptions to the development process.

The title track was made as a recording of one specific altered 7-inch record. This video for this depicts the performance 'Endometry of the Green Epoch' by Warren Andrews and Declan Jenkins.

Listen to the Album on Soundlcoud

Watch the videos on Vimeo

These 'Game Boy Camera' videos are relatively formal experiments. The camera's sensor has to relay images for display through an 8 bit system so each frame actually splits down into a prescribed selection of three-hundred-and-sixty eight-by-eight pixel blocks with only four shades of grey available. More importantly, the digital display acts as a viewfinder until an image is captured so by creating an output for this display and recording it, a moving image can be created. The production of the 'Super Game Boy', effectively a replica of the 8-bit hardware which bridges directly to the 16-bit Super Nintendo, makes this possible as a route to produce a composite television signal with the 160x114 image embedded is possible.

These works, in collaboration with artist Christopher Mayer are early experiments with the format

Watch the full playlist on Vimeo

This video was made as part of MilesKm 2012 in London. For its first two iterations (they have now moved onto wildly more ambitious things) the MilesKm residency would partner artists in a host location with visiting artists from elsewhere in Europe. I made this video work with artist Marina Stavrou where we agreed to collect Super-8 video reels before we met and then try to construct a new piece of work from them. The video is generally shown in screenings with Greek narration and English subtitles but is also available in the reverse configuration to allow for a two channel installation in exhibition.

The final work incorporates the anglo-dutch influence of where the film was initially collected, taking in both an F.A. Cup final and the anachronistic racism of the black petes, but creates its own narrative which retains a cheery 'easy listening' feel like its soundtrack as it introduces you to the art world.

I remain fond of the character of PEARSON as I think the celebration of his deeds as being a final ending for art remains relevant when thinking about the place artists hold in relation to other types of workers. Fine Art remains in many cases far more medieval than other areas of the economy, explicitly relying on an informal system of patronage and influence rather than acting as a market or, if you can imagine it, something more egalitarian. PEARSON expresses a kind of strange fantasy that art could be made an explicit competition, and its stars treated more like sports people; this way at least the detachment from its cultural or intellectual aims would have the reassuring quality of a game.

Watch the full video on Vimeo

"It’s not about being wanted or ‘Should I have bothered getting out of bed’ -- Contemporary Art Centre Vilnius ☷ Vilnius Lithuania, -- 2017

The Wimbledon Maverick Film Unit’s main production for the Wimbledon Amateur Society showcase was a bio-pic about the life of actor George Clooney (Life in this case also extending into the future). The story was built outward from an anecdote that the actor relays about how his pet pig once woke him up in anticipation of an earthquake. If not for the pig’s intervention Clooney would have been crushed by the ceiling collapsing above his bed.

Clooney owes cosmic fealty to the memory of his former pet and his life unravels as he fails to acknowledge and pay back this karmic debt. After a near-fatal motorcycle accident Clooney finds himself trapped in a timeless limbo reserved for people who require mystic guidance after motorcycle accidents; Bob Dylan is also present for this reason. Realising his mistake, Clooney changes his ways and reconnects with his spirit pig and wins a best director Oscar.

I fondly remember Clooney which channeled the deliberate ‘amateurism’ of the Wimbledon Amateur Society project through one of my favourite conceits. Specifically, the attempt to perform a studio style production would mean the formation of a ‘writer’s room’ for the script and the inhabiting of an auteur director persona by Dominic ‘DOMINIK’ Letschka. The joyful performance of a half-remembered Hollywood seems to deliver something to us that has come from a different, more insane, reality.

Watch the full video on Vimeo


The liberation of being an ‘amateur’ is that you’re free to stop anxiously accruing the signifiers of professional art practice and have some fun. Although I’m obviously supportive of the idea that artists ‘should be paid properly’ I think more deeply I hold a stubbornly anarchic view that money encourages artists to make their art ‘good’ by applying to both themselves and their work the characteristics that make good commodities instead. The first time I graduated it was in this showcase for everything we did instead of the fine art painting course we signed up for. If you’re desire is the the desire of the Other, and this makes you hysterical, get a new Other, a much stupider one.

In art school there is an awareness that the liberatory rhetoric of experimentation and development is superseded by the way education is shaped by the demands of a market outside. The steady march of the marketisation of higher education on neoliberal economic terms has accelerated this process as well as in order to be ‘worth it’ a painting degree should naturally lead to a professional gallery career. The fact that both those who would internalize this market logic into their practice, and those who openly reject it, regard the other camp’s position as cynical still at least implies that everyone except the truly cynical believes that art occupies a space somewhere beyond the horizon of capital.

Taking on the identity of the ‘amateur’ creates a transitional space where creativity is unburdened because an activity can only be judged by standards derived from general and unspecified knowledge of a subject. It also brings a joyous, if poorly channeled, level of ambition as seen by our attempts to produce a full Hollywood biopic & form a band that would be immediately be memorialised in a museum experience.

The Wimbledon Amateur Society Showcase 2011 featured: The Wimbledon Maverick Film Unit cinema and videodrome, showing productions “CLOONEY”, “Spandau: The Ballet”, and rom-com “Love+London”; The glossy hardback photography annual from the Neo-Amateur photography club, a full wall of Bob Ross taught landscape paintings, with thanks to the professional painting graduates of the college for participating; The Welcome to the O.C. Bitch music experience, where you could stand in a recreation of the recording booth and ‘look-through’ to the studio to see the band recording; and finally the W.A.S. archive which meticulously recorded everything we attempted during this project. 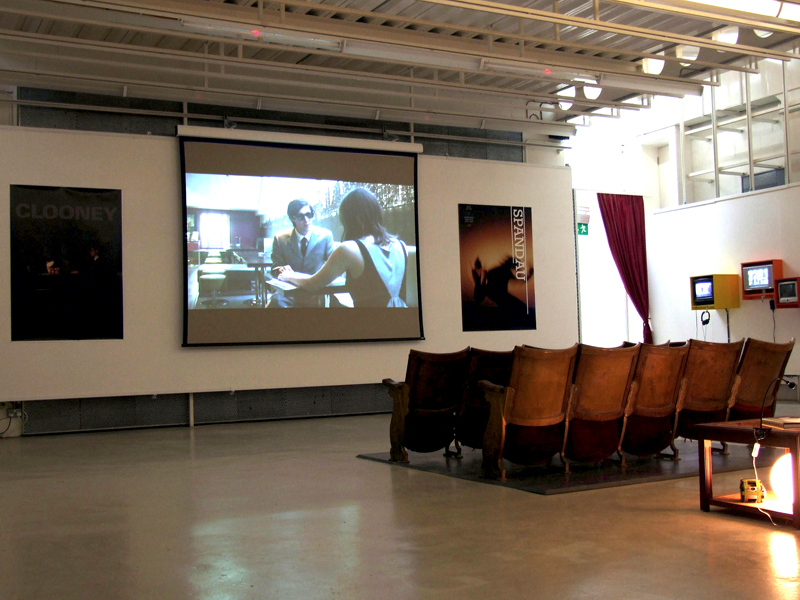 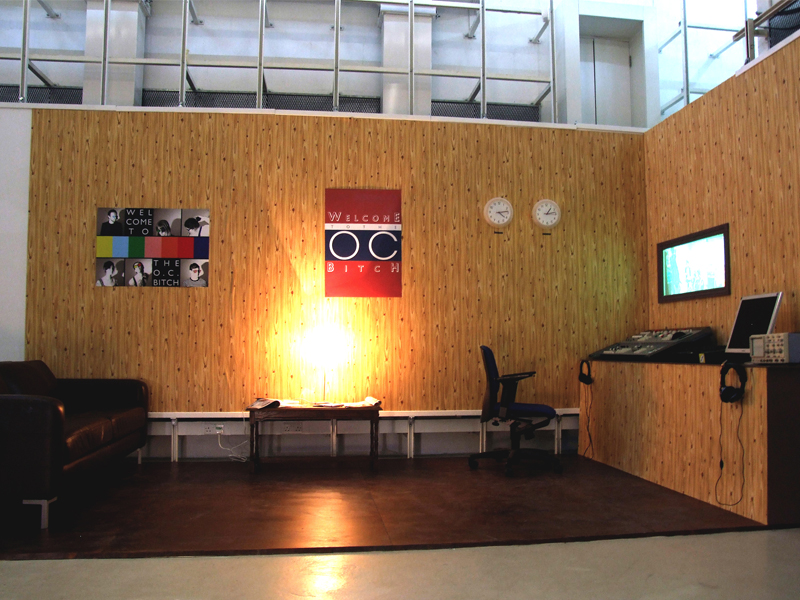 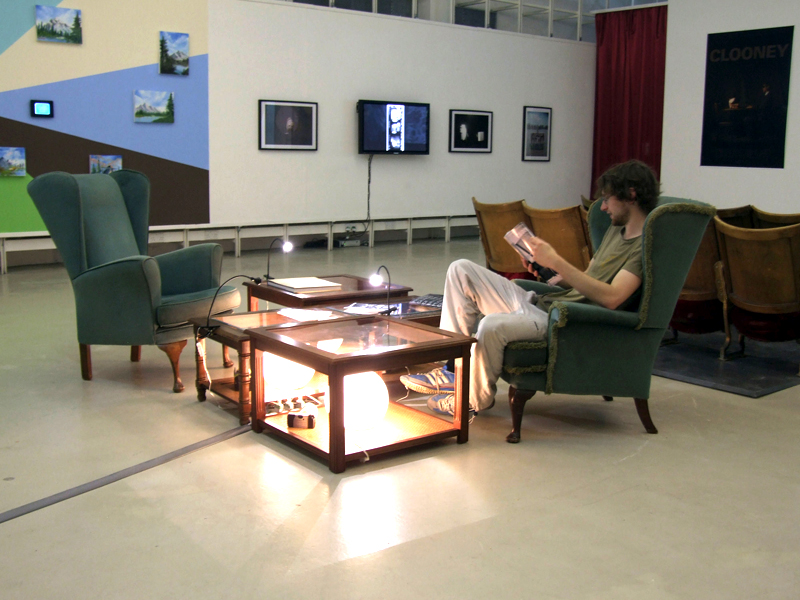 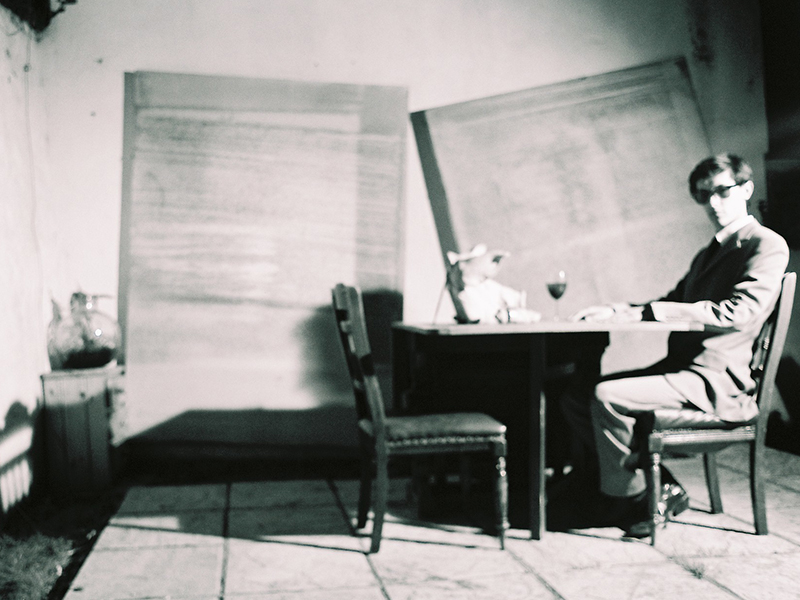 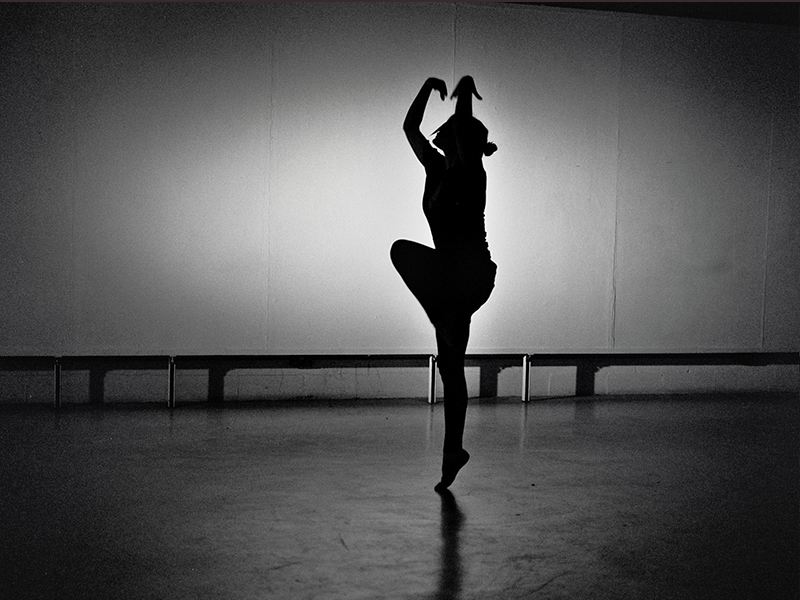 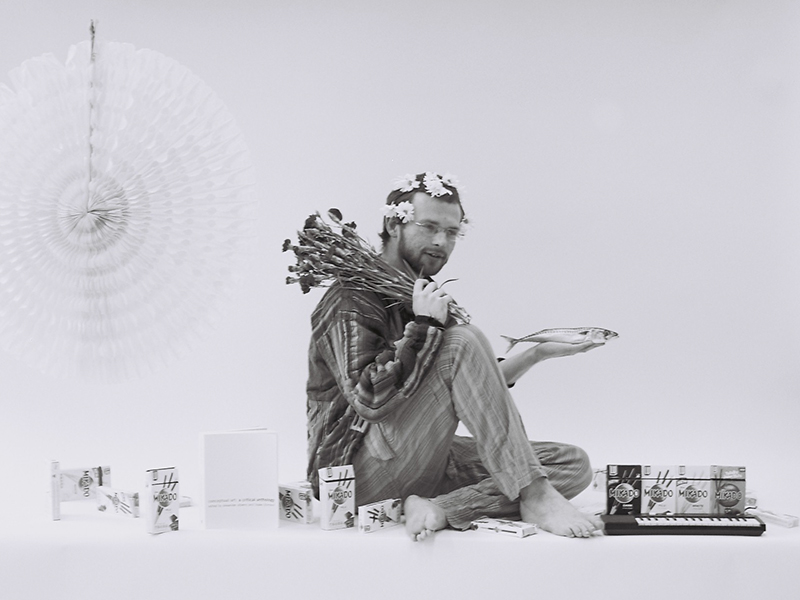 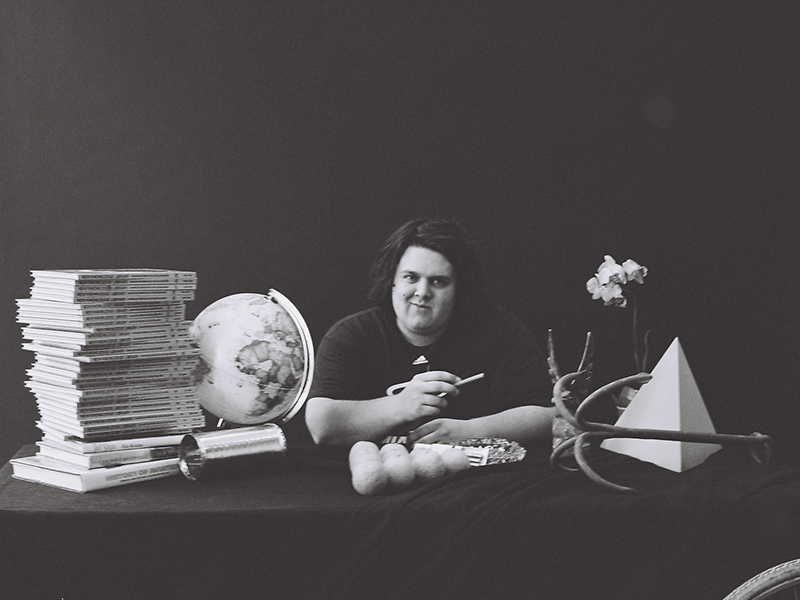 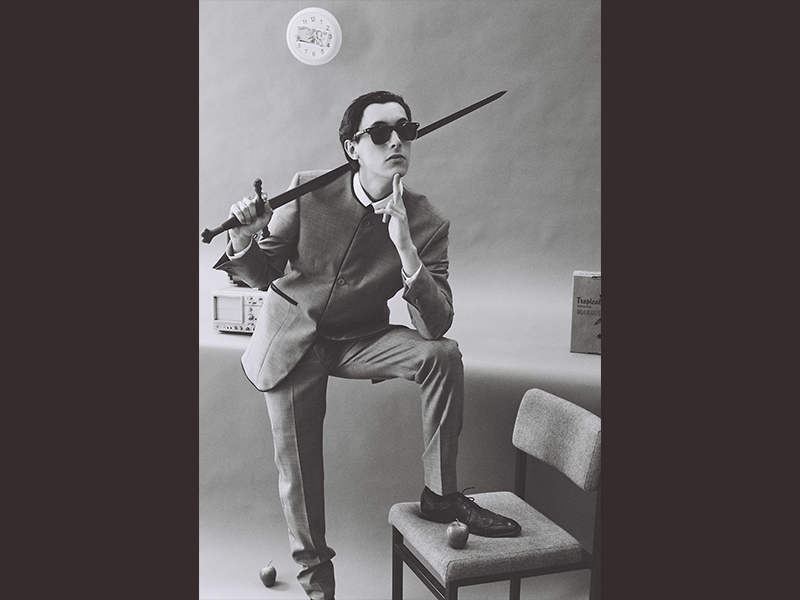 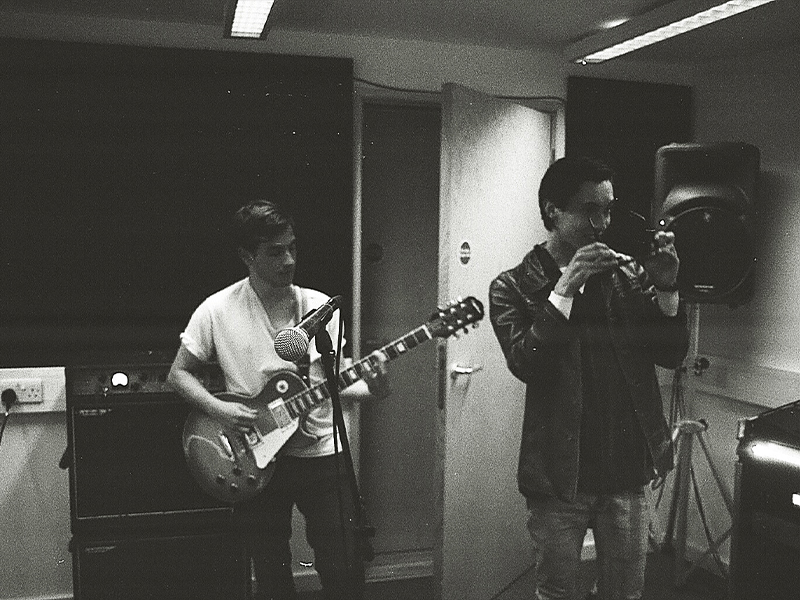 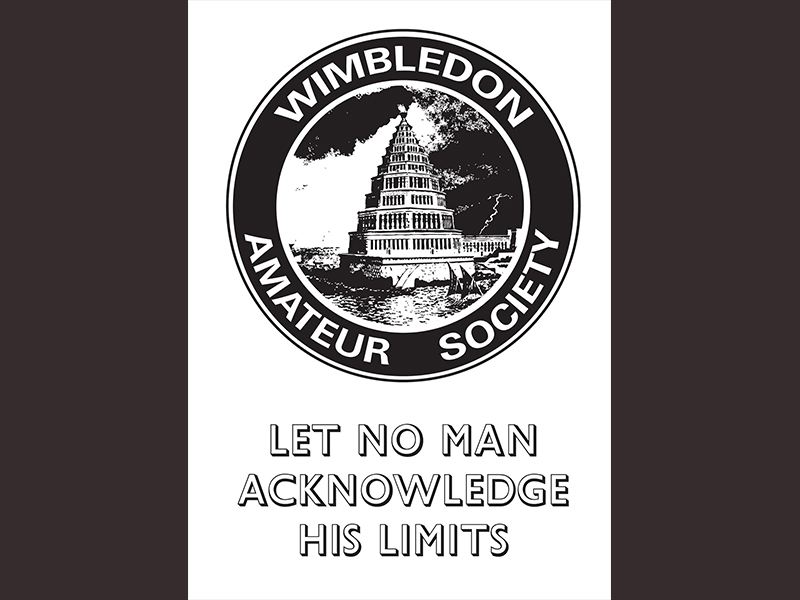 with special thanks to Christopher Mayer for being in everything

with Ruth Forgacs, Caitlin Smith as Welcome to the O.C. Bitch

with special thanks to Demelza, Harry, Henry, Sian, Sophie, Victoria who helped build the exhibition.

See the archive of the Neo-Amateur Photography Club on Flickr

See the archive of the Wimbledon Maverick Film unit on Youtube

This video refers to the 2009 controversy surrounding the appearance of far-right politician on 'Question Time', a public television programme in the United Kingdom. In hindsight this moment is worth regarding for how it pointed towards the tensions that would later inflame the debate around Brexit although at the time the supporters of the British National Party were a tiny minority and the party itself soon faded into obscurity.

At the same time Britain remained enthralled by 'Deal or No Deal' and the triumphant return of televsion host Noel Edmonds. Noel had hosted the most popular prime-time television show in the country over a decade earlier before disappearing when a guest was killed during a 'prank' on one episode. The British version of this format is longer lasting and more remarkable than many others due to the philosophy Edmonds brought to proceedings, based on his own beliefs which had helped him overcome tragedy. Contestants were allegedly detained in an almost cult-like atmosphere in a Bristol hotel where 'positive thinking' was enforced by guests informing on one another for having negative vibes. In contrast to some other versions of the format, guests would open boxes for each other and, despite the purely mathematical and luck-based nature of the show, contestants would invariably bring totems, talismans, and numerological theory into the game.

The initial humour of the video, presenting the game-show host and his contestant group as the 'dangerous extremists' being referred to is underlined by a materialist critique: the constant depiction of symbolic spectacle as having a material effect is harmful. The absurd spectacle of the contestants, post 2008 recession, fighting their enemy 'the banker' with positive vibes and good luck charms was a clear sign of what remains now broken at the heart of the culture.